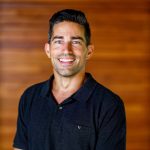 A little about me

Straight out if high school Luke started working for a house flipping company and remodeling houses as one of the laborers. He got married to his high school sweetheart Hollie at the ripe young ages of 18 and 21. At that time shortly after they got married, Luke and Hollie sat down and decided they would wait 4+ years to start having kids. Little did they know, Hollie was already pregnant during that conversation. “Get a real job and get me out if this shithole!” was what lit the fire under Luke. Seeing how much money flowed to the owners of the house flipping business and also to the Realtors that sold the homes made the transition a no-brainer. At 22 years old in 2004 Luke got his real estate license to start selling homes in Portland, Oregon. Shortly after, their daughter Macie was born which gave Luke even more motivation to now provide for a family. The investment side of real estate was Luke’s passion from the beginning so Luke and Hollie bought their first duplex that same year and started investing, along with selling real estate. Luke became one of the top selling agents of his firm within the first year with one basic principle: Work for the Client and not the commission. In 2008 when many real estate companies were closing their doors, Luke saw the perfect opportunity to open a real estate brokerage. This same year their son, Malachi was born. The Broker Network was created in 2008 and grew to over 80 real estate agents with 3 separate branches. Luke took Hollie to Costa Rica in 2013 for their 10-year wedding anniversary and both got the bug. The “We need to figure out how to move here!” bug. Their family and friends thought they were a little nuts when a few years later they gave up their successful house flipping, brokerage, and Realtor businesses, but a lifestyle change was in order. Naturally, Luke couldn’t help but stayed tuned into the Costa Rica real estate market. He wasn’t super excited about working for another brokerage after owning his own for so many years but after meeting Dave, it was another no-brainer. Someone else that puts their clients ahead of their commission was a rare find so he knew working for Dave and Grande Real Estate would be the perfect fit! Being able to raise their two kids, Macie now 16 and Malachi 13, in Costa Rica is a dream come true. From the culture and the people to being able to play beach volleyball, surfing, and everything the ocean has to offer (year-round) is something that can’t be explained and only experienced. Pura Vida.