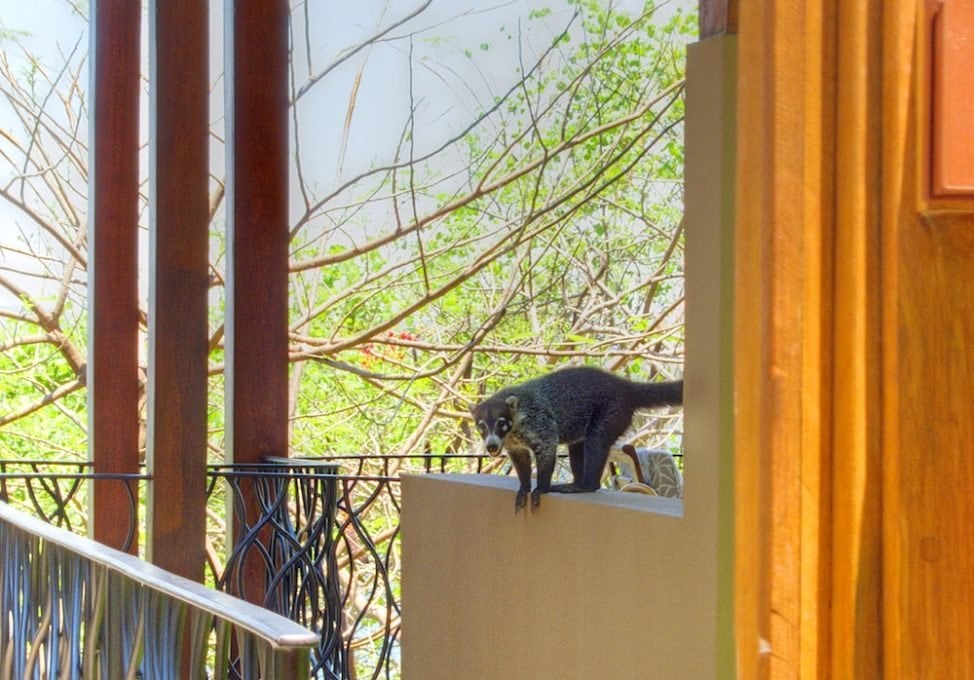 Playa Grande is located within the province of Guanacaste. Guanacaste is home to the rare tropical dry forest among other flora and fauna-rich ecosystems. Within the forests, Pacific coastline, wetlands, and farmlands of Guanacaste thrives a vast collection of wildlife.

While some species are very elusive or masterfully camouflaged, several species of mammals are more like neighbors than strangers or nocturnal drifters whom you’ll likely never meet.

If you are planning on living in Playa Grande, you might want to meet your neighbors.

The coati, also called coatimundi or pizote in Spanish, is a member of the raccoon family but is diurnal (active during the day) unlike its bandit-masked cousin. These social scavengers feed on fruit, insects, lizards, and sometimes very small mammals like mice. Coatis are very adaptable and very opportunistic. 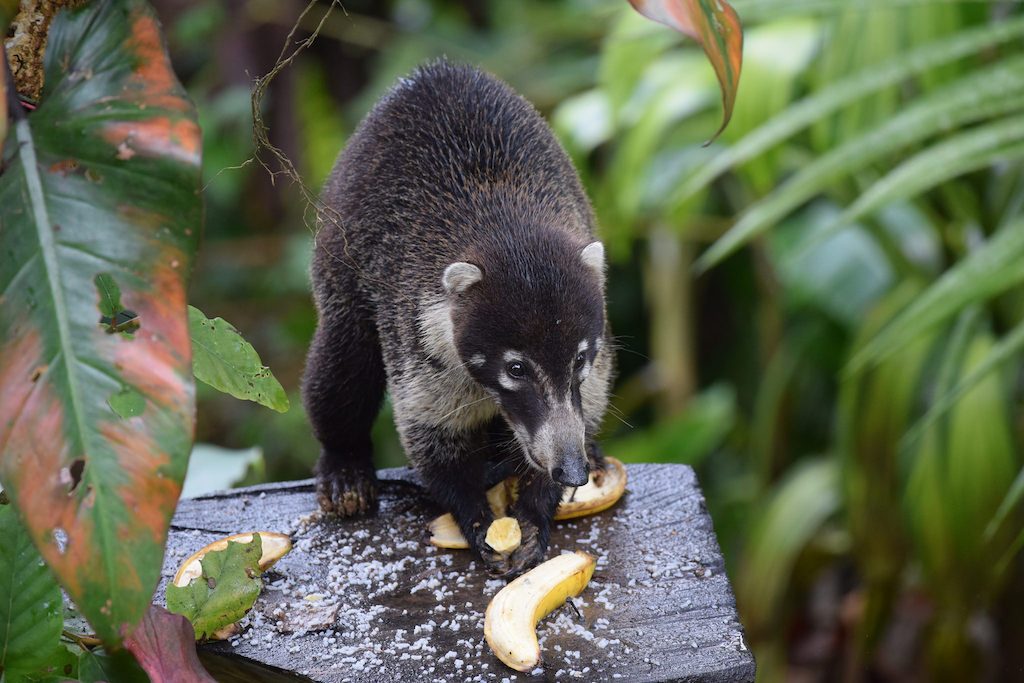 You can’t escape the raccoon! Mapaches (raccoon in Spanish) look the way they act, mischievous. Raccoons typically cruise around in the night in gangs looking for any opportunity to rummage for food. The raccoons make out very well on the food front in Costa Rica as concluded by their size. 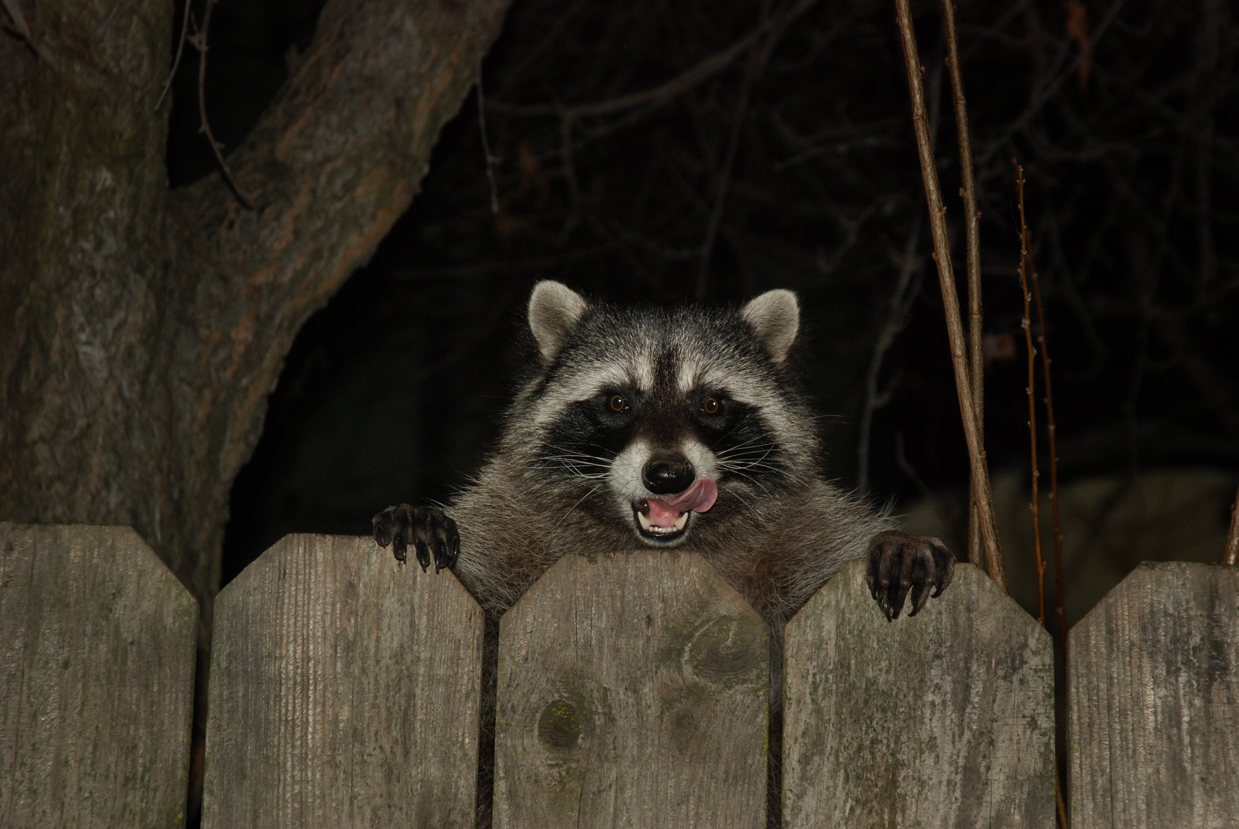 You will likely hear them before you see them. These loud-mouthed primates are second only to the blue whale as the loudest animal on the planet. These aptly named primates can be seen sleeping in the trees during the heat of the day and moving throughout their territories early in the morning and around sunset. The howler monkey will likely be your new alarm clock and happy hour bell. 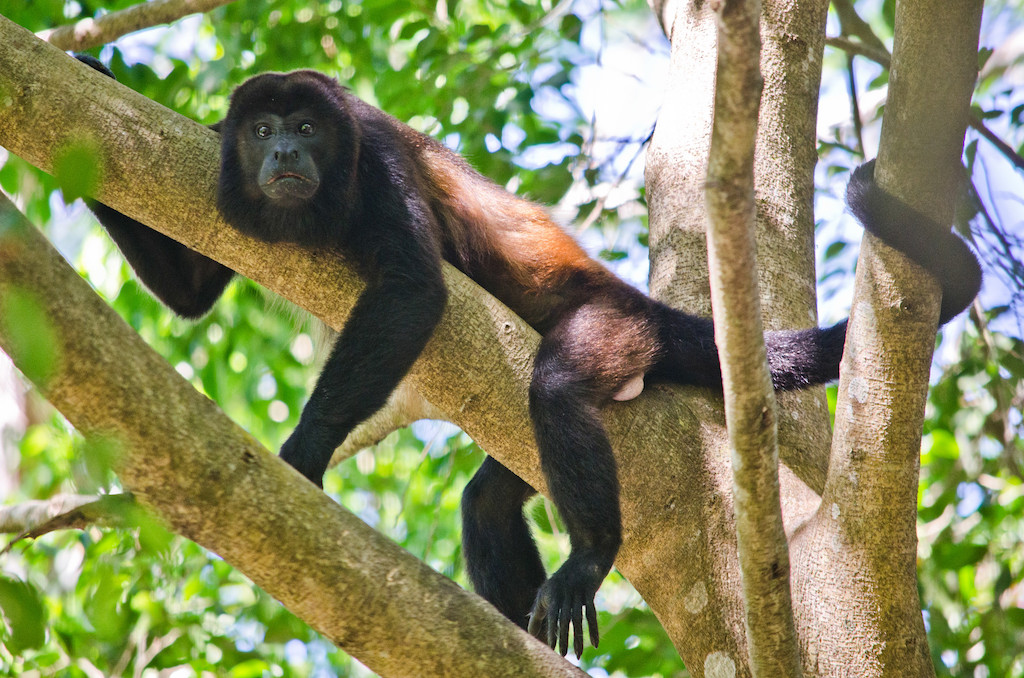 THE VOICE OF GUANACASTE | © CHUCK ANDOLINO/FLICKR

There are over 100 species of bats in Costa Rica. These extremely important mammals are essential to the survival of the forests of Costa Rica, as they are major pollinators and seed spreaders. They are also incredible at controlling the mosquito populations. A single bat can eat over 1000 mosquitos in an hour! These harmless creatures patrol the airwaves from dusk to dawn. 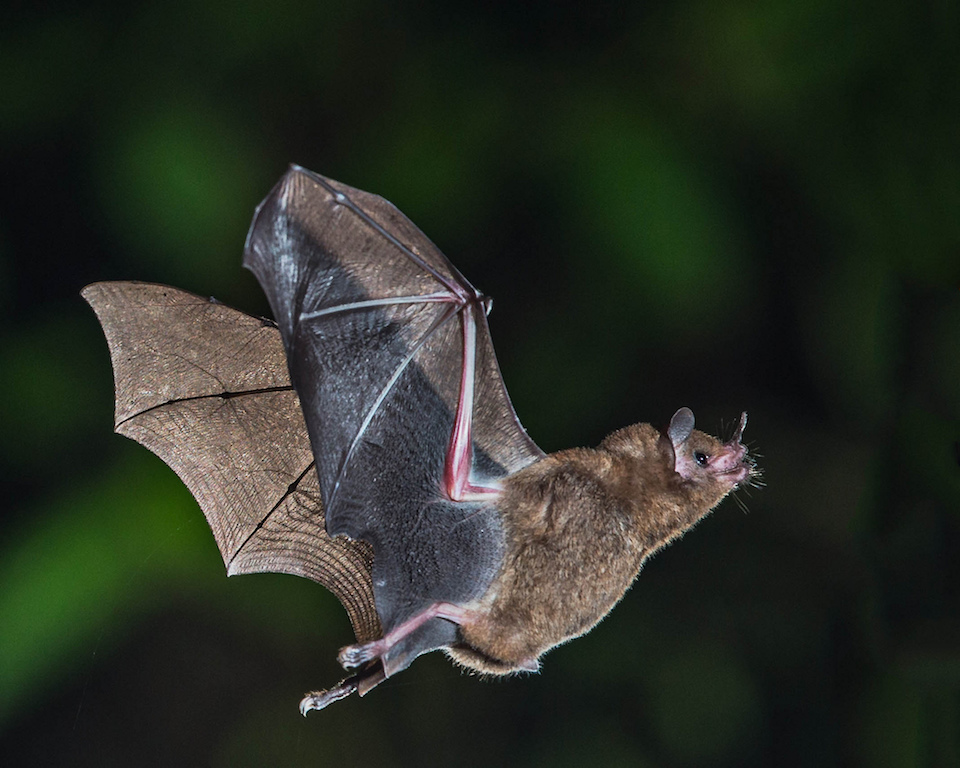 You will likely smell them before you see them, if you even see them at all. The small hog-nosed skunk lets out an earthy stench that from a far kind of smells like marijuana. It’s a very different smell experience if your pet or you get sprayed though! These cute little critters roam around and pretty much keep to themselves unless provoked. 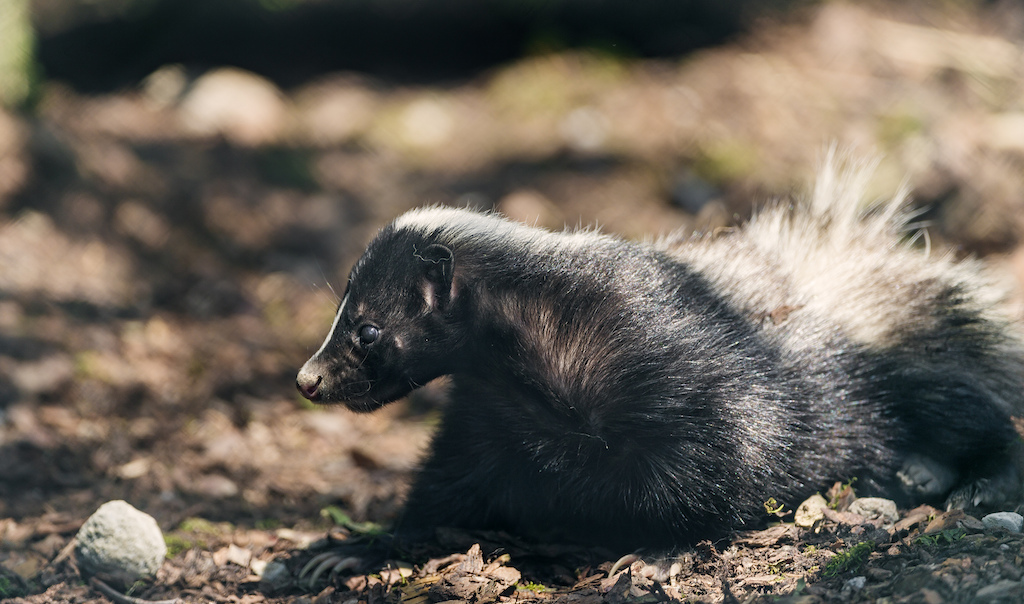 The common squirrel in Playa Grande is the variegated squirrel, which has red, black, and gray coloring. These feisty mammals love coconuts and other tree nuts and are abundant in the forests of Guanacaste. They are also proud and adamant defenders of their territories from other squirrels and tree-nut lovers. 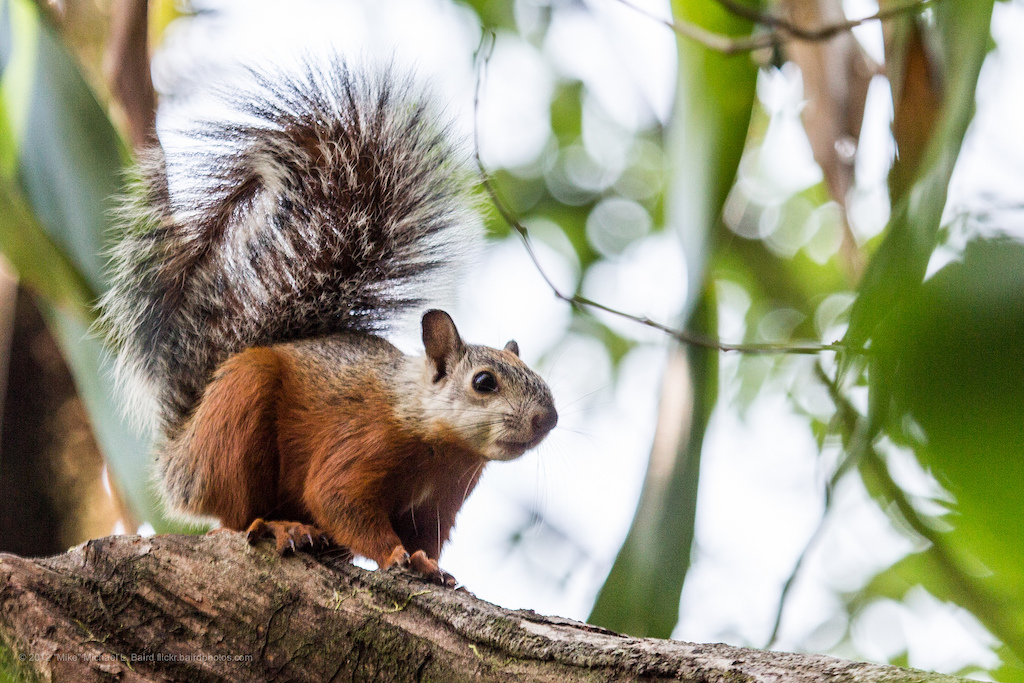 Costa Rica is home to over 200 species of mammals. While there are dozens of other mammalian species that live in Guanacaste, many of them don’t frequent human-populated areas on a regular basis. Fortunately, Playa Grande is close to a number of enchanting national parks and reserves where rarer wildlife sightings are possible.

Always keep your eyes out though, you never know what rare species will pass through your neighborhood!